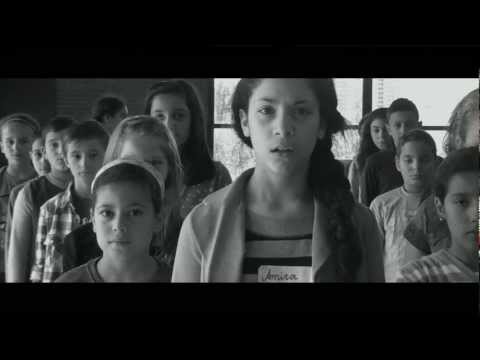 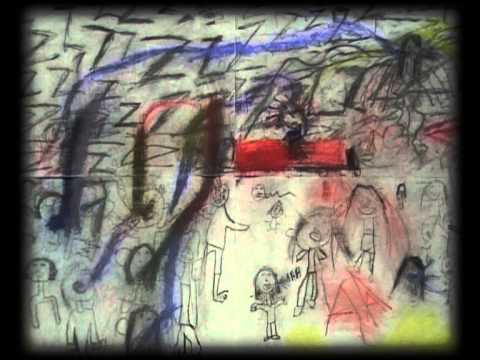 De Veerman aims to stimulate creativity, art experience, knowledge and understanding of the arts, and this in relation to the surrounding world. Art, culture and education are becoming increasingly connected with other social components. De Veerman was founded in 2000 with the aim to develop, implement and disseminate art-educational projects.

The youngest is eleven, the oldest eighteen. These are all talents that make this twelfth edition of The Times.
Stijn Rombouts, Annalisa Devolder, Chloé Bakeroot, Yngwie Janseghers, Noa Stanciu, Shira Tanner, Bert Lasseel and Bart Delvaux have been selected and coached in recent months.

HERMESensemble will perform these works live at AMUZ at the closing concert on Sunday 8 March at 3 pm.

Get to know the new compositions that are the result of a project that we developed together with AMUZ , HERMESensemble and Musica.

Four young composers: Eda Er (Turkey), Ellen Jacobs, Lennert Baerts and Vegar Guleng (Norway), students at the conservatories of Antwerp and Amsterdam, worked on a new composition that you can listen to at AMUZ on Saturday 8 March at 8 pm.

The participants of La Plaza meet for the second time this week.
Last week they met each other and went to the theatre performance La Plaza in deSingel, by the Spanish collective El Conde de Torrefiel.

This week they processed the performance individually with images and/or words in an artistic way and today they are meeting each other for a second time. After deepening and some critical reflection, they will go home with the artwork of another participant. This will serve as a source of inspiration for the second part of their artistic triptych.
To be continued!

Pop-up exhibition brings objects back together

In the MAS-museum, on the 4 April: A Reunion of Objects. A pop-up exhibition by United Objects, the result of the residency of Hans Bossmann at De Veerman.

Pianola as the starting point for new compositions

On Sunday 29 March, Yvo Verschoor will perform various compositions on the pianola in AMUZ, an invention from 1905 that captures the pianist's playing, eliminating the restriction of ten or twenty fingers. The children of the sixth year of Musica will also discover this and much more.

Together with Astrid Bossuyt, Bram Van Weverberg and Charlotte Caluwaerts, they take pianolas, player pianos, music boxes and other musical devices as a starting point and source of inspiration for their creative music week at AMUZ. Not only will they be immersed in the world and the context in which the pianolas originated, they will also compose and make music themselves.

The result of the projectweek  Children are being born as composers can be heard on Friday 27 March at 2 p.m. in AMUZ.

Yes, you read it correctly: 4,842 stories have been written in 36 schools.
Currently 420 parents are reading these stories. Per school they make a selection of their stories. They read individually, and then come together at school between 10 and 21 March to discuss their choices. These are always very pleasant moments of shared emotion, amazement and humour.

The closing party of this wonderful project is on Friday 29 May at 1.45 pm in Freinetschol De Zonnebloem (Ostend) and Saturday 13 June at 2 pm in hetpaleis (Antwerp).

You are officially invited!

In the beginning of March the second edition of Word Up! will start, a participation project of De Veerman and the Kaaitheater in which young people and an artist enter into a dialogue with each other, investigate and reflect on the themes of identity, public and public space.

This year we are working with OKAN students from the Brussels Institute Anneessens-Funck and theatre maker Khadija El Kharraz. To conclude the series of workshops, the young people will go to the performance Nu ben ik Medea in het Kaaitheater on 12 March.

The first edition of Word Up! resulted in Ecolect, a climate lexicon for the 21st century.

The program of the twentieth edition of this creative working week is online: eleven ateliers, three artists in residence and an exhibition.

For seven days you will be guided by professional coaches and you will find inspiration in yourself, the other, the environment.

For everyone aged 18 and over with creative energy. And certainly: for those who do not want to be held by their hand, but are looking for challenges to rejoice in their own practice.

Out of the shadow

Uit de schaduw (meaning out of the shadow) is a publication with an evolutionary sketch of 80 years of art and cultural education in Flanders, written and compiled by Jan Staes and our own Tijl Bossuyt.

With this publication, which was created in collaboration with publiq, the inspirers and editors want to offer inspiration and building blocks for the future from the past.